Conor McGregor Suspended By The UFC 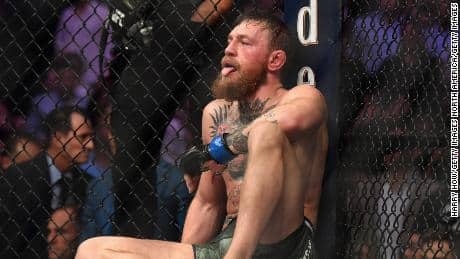 BREAKING: Conor McGregor has been suspended by the UFC.

Following Conor McGregor’s recent fight with Khabib Nurmagomedov in Las Vegas, the Irish Superstar has been suspended by the UFC.

It is understood that the decision to suspend McGregor is based on medical grounds and nothing to do with the brawl after the fight. He will not be allowed any contact until October 28.

However, McGregor’s opponent Khabib, who defeated the Irishman at the weekend, escaped suspension on medical grounds after finishing the fight relatively unscathed.

Khabib passed post-match medical examinations but he will also likely be suspended for his role in the brawl after the fight.

Paddy Englishman, Paddy Scotchman and Paddy Irishman were boasting about their Uncles being so famous.…

Over half of South Dubliners ‘wouldn’t be seen dead’ in Limerick, survey reveals

Top 10 quotes that will make you proud to be Irish

Ketamine trialled as a cure for depression in Ireland