Eight Reasons Why Irish People are Hopeless at Dating

In this feature article Journalist Ger Leddin — himself not totally opposed to the odd date every now and then — to investigate and report and perhaps suggest how we could do dating a bit more professionally.

Let’s face it the Irish are good at many things but dating is not one of them.

Perhaps it is our history of match-making that hinders us; for years we depended on two ways to find a partner, the local matchmaker and latterly the local Ballroom of Romance.

When I was in my dating prime the most common first question you asked a prospective partner was “do you have much road-frontage?” Meaning, of course, did your prospective prey have a bit of land which could be sold off as sites.

This was an essential question in Ireland of the sixties and seventies, and if you were going to bring some girl home to meet the mammy well, at least, you knew they’d be impressed if the lady or her father had a few acres to play around with.

Thankfully we have progressed from those distant but simple days, but we still have a long way to go before we can hope to match our European neighbours especially the French who have turned dating and romance into an art form and make us look like imbeciles when it comes to romance.

Anyway, let’s have a look at where we go wrong and try to improve our dating skills.

1. We never arrive on time 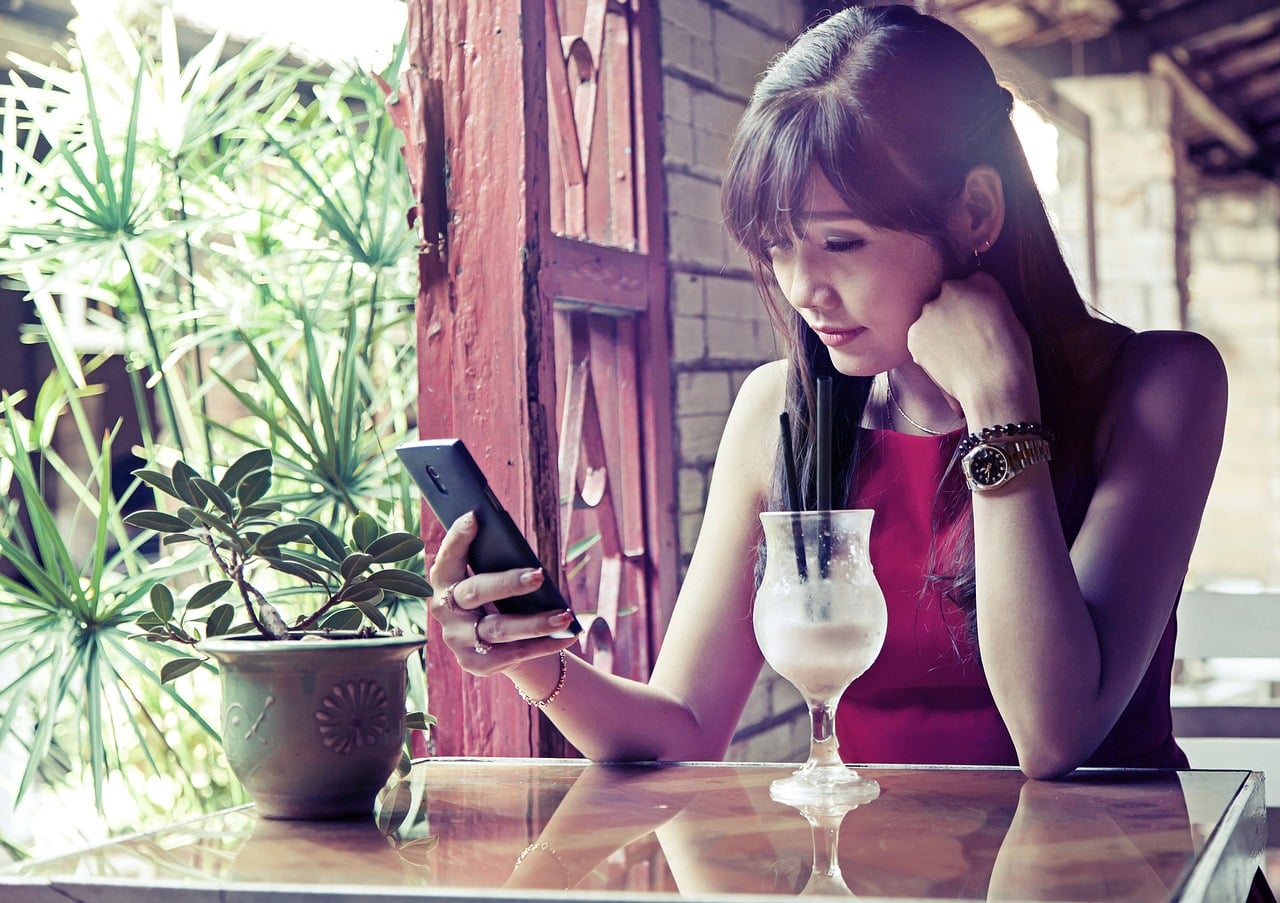 For God’s sake arrive on time! Seriously, and this applies to both sexes. It’s nice to look cool and arrive late. You might think that you are playing that little bit hard-to-get, but you’re not.

In fairness, some women hate walking into a pub or a restaurant alone, and it’s nice if the guy is there before them.

And ladies, remember Irish men have very low self-esteem, if you’re any more than five minutes late they think you have stood them up!

2. There’s a chance an Irishman will arrive for a date straight from GAA training 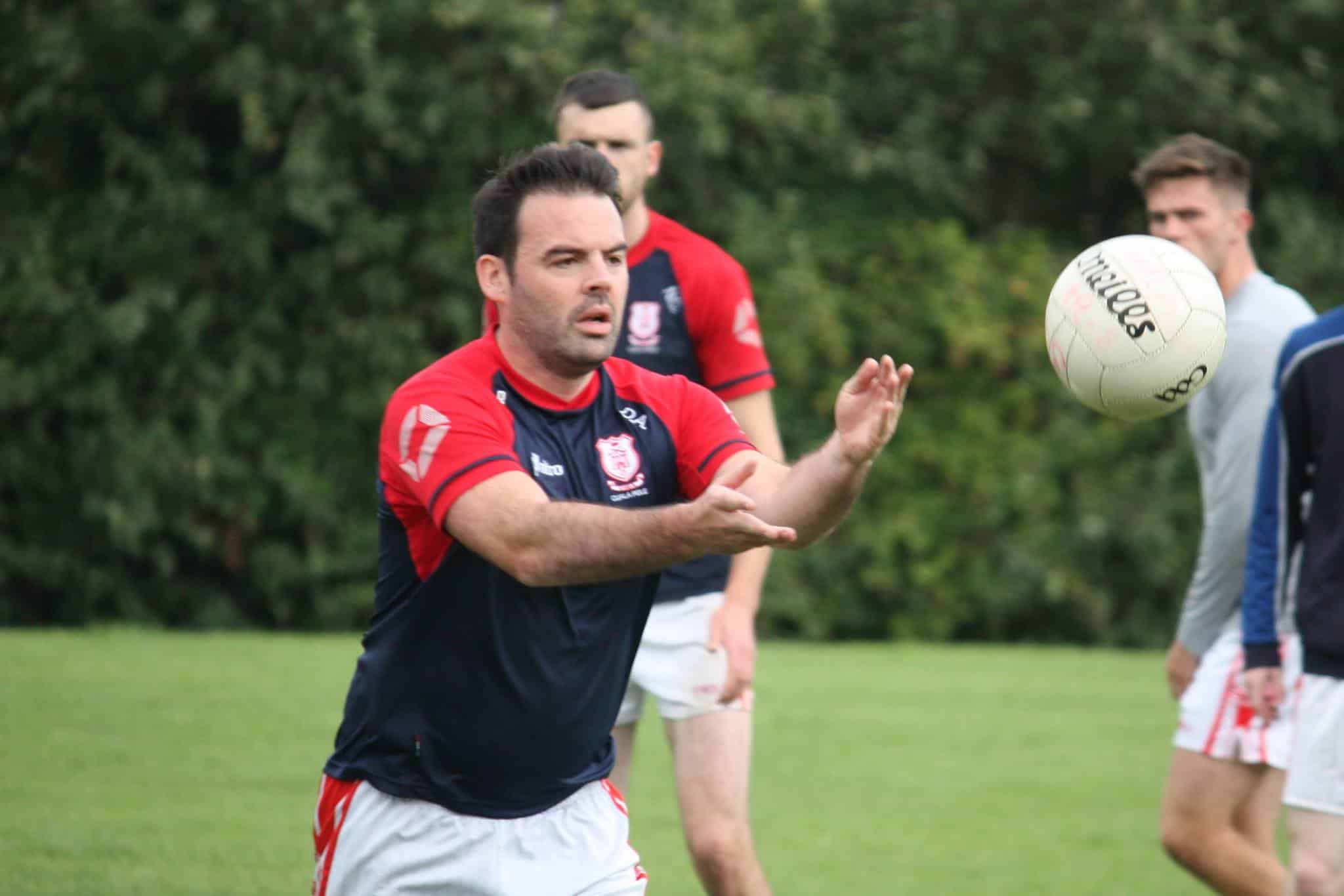 We all know that many GAA or soccer pitches are just old wet and boggy fields and the nearest changing room and showers are normally in the next parish so you might not be inclined to bother.

Seriously, lads either give the training a miss for one night or allow plenty of time to go home and shower.

Of course, you could also think about taking up rugby, a far classier sport for gentlemen and all their training facilities have changing rooms complete with showers. 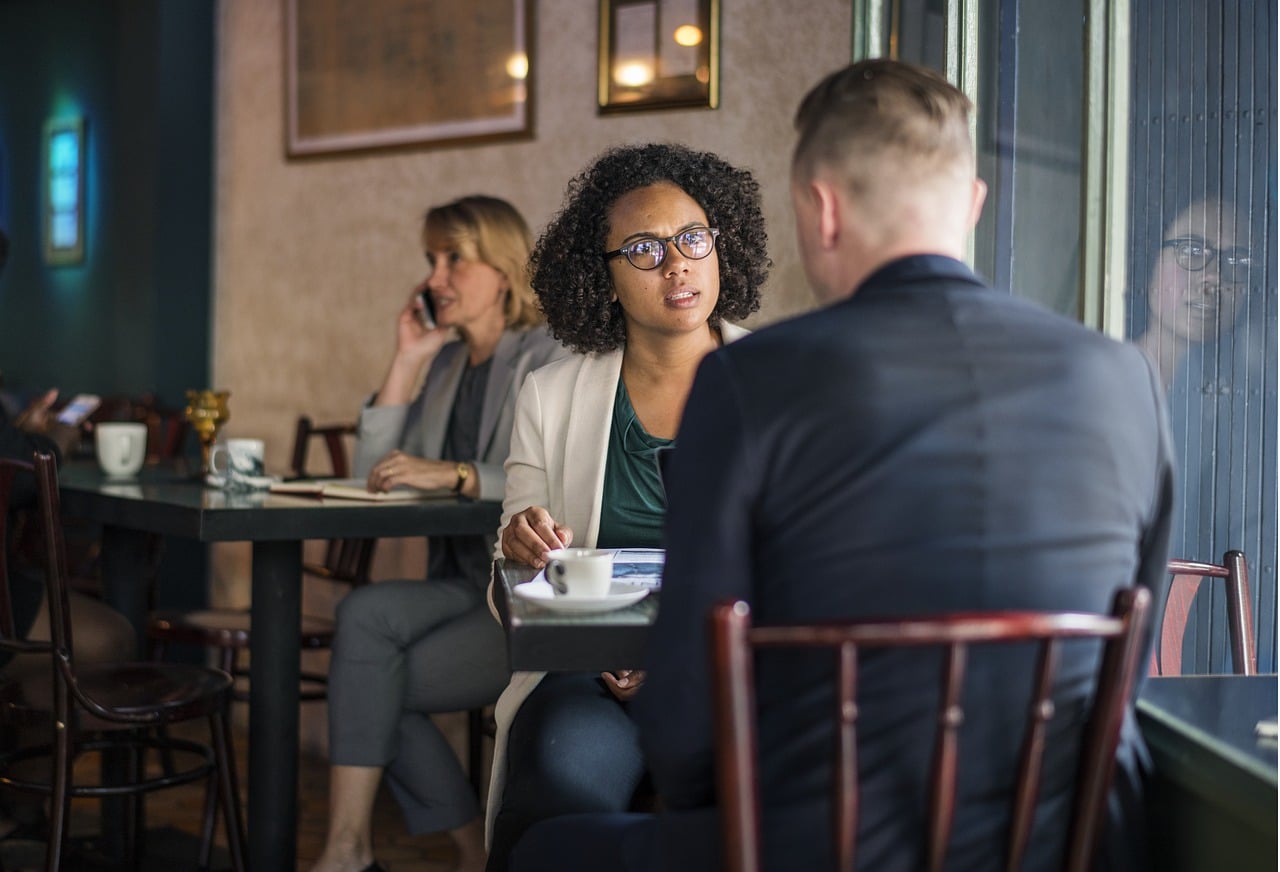 What? I hear you say. Surely there is nothing wrong with talking on a date? Well, you’re right there isn’t but for the love of God give the other person a chance to get a word in every now and then.

I honestly can’t count the number of times that I have been out having a quiet pint, minding my own business and doing a bit of people watching while pretending to read my newspaper — it’s a journalist thing, we’re all nosey bas****s — and seen a couple on a first date.

Invariably one of the two will be doing all the talking and not giving the other a chance. Seriously leave the bloody soliloquies to Hamlet.

4. When We Do Talk, We Say The Wrong Thing

For God’s sake don’t mention the ex-boyfriend/girlfriend. Down through my career as a semi-professional dater, I have gained so much knowledge about ex-husbands and former boyfriends and their long list of faults that I could write a trilogy of books on the subject, and that’s not even including “that bitch at work.”

Seriously, ladies, we don’t really care — but in defence of the ladies, I think the men are probably just as bad with their half-hour discourse on the mammy’s cooking or the cost analysis and detailed description of the recently purchased new set of tyres.

I suppose to summarise this whole talking thingy, if you have to talk and let’s face it is expected that you make some sort of an effort on a date, keep the subject matter short, sweet and simple and don’t forget to ask the occasional question of your companion.

Women seem to like short and simple questions the kind that doesn’t go over task their pretty little heads.

5. Irishmen can’t give a compliment to save their lives 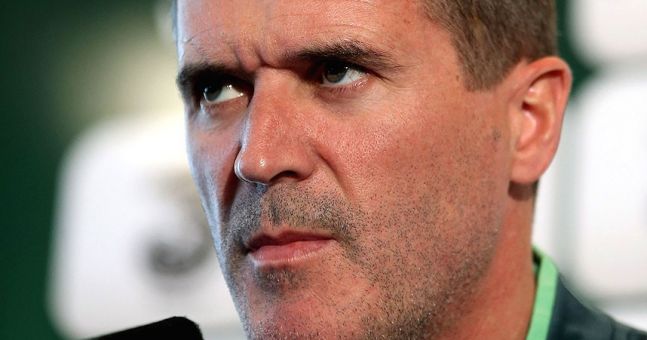 It’s true an Irishman simply can not compliment a woman on her appearance, and that’s a fact.

Now, I am not talking about those brave Irish men who when years into a relationship can lie or bend the truth easily when asked: “doe’s my bum look big in this?” This is more directed at those out on a first or second date. The odd compliment here or there will be appreciated but be careful.

Stay away from contentious issues like hairstyle makeup etc. Women can get a bit touchy about those and are rarely happy with the results even after spending a fortnight in a beauty parlour.

Personally, I have found that a simple compliment on her choice of shoes is a safe bet. For some reason, they seem to like that.

6. Everyone in Ireland knows your business 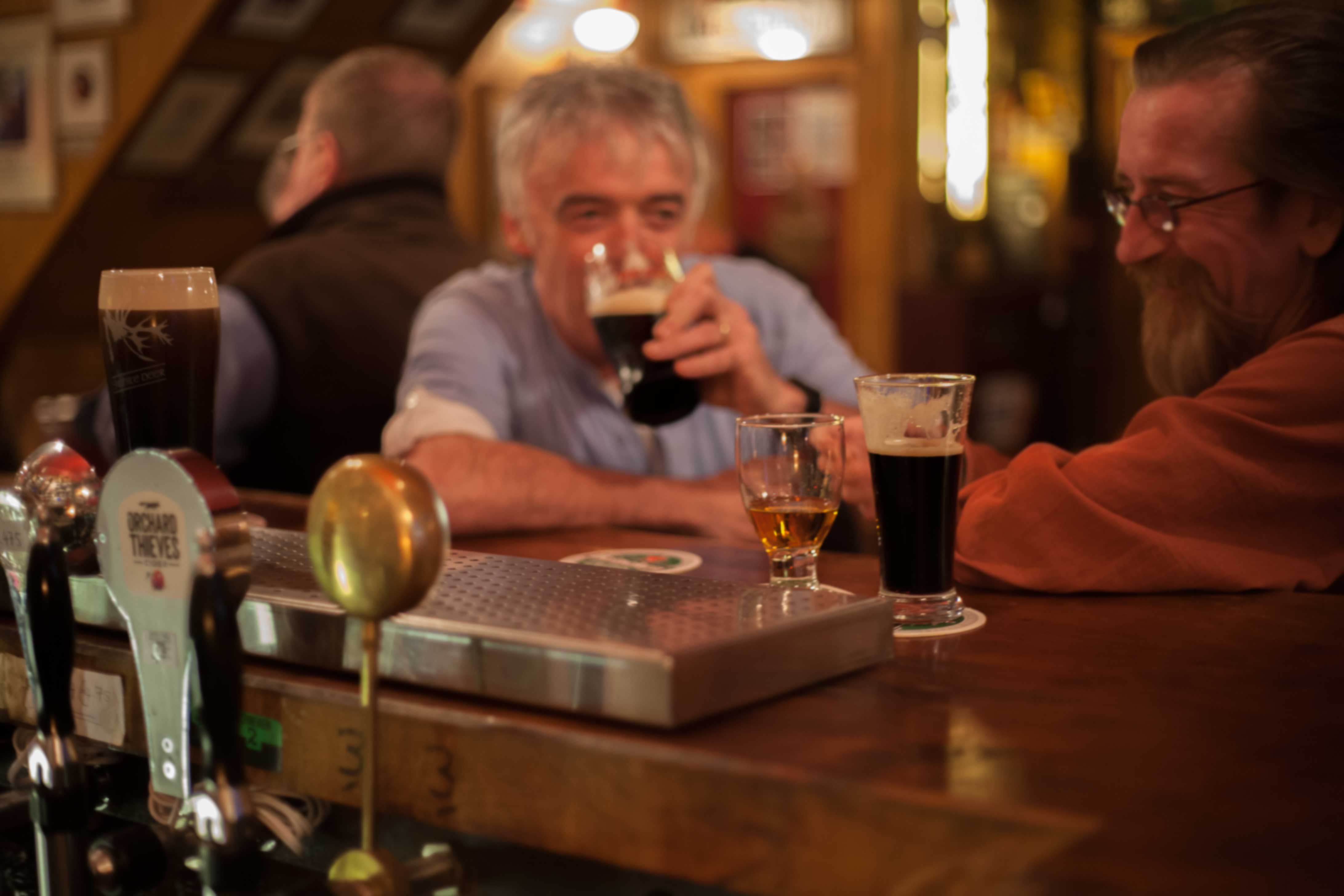 Yes, this is another reason why Irish people are fairly useless on dates, especially in the early stages of a relationship. Ireland is too bloody small, and we all know one and other.

This makes it difficult to put into practice our alter-ego. You know what I mean — our Walter Mitty stories of how we captained the parish team to victory in the semi-finals and just narrowly missed out on playing for the county on account of an ankle injury.

The chances are that in Ireland he/she will have a brother that went to school with you and knows you couldn’t kick a ball if your life depended on it, a cousin who works with you and an aunt that used to babysit you.

You see when involved in dating in Ireland you can’t really make things up and that in a way takes half the fun out of it.

7. We get drunk far too easily 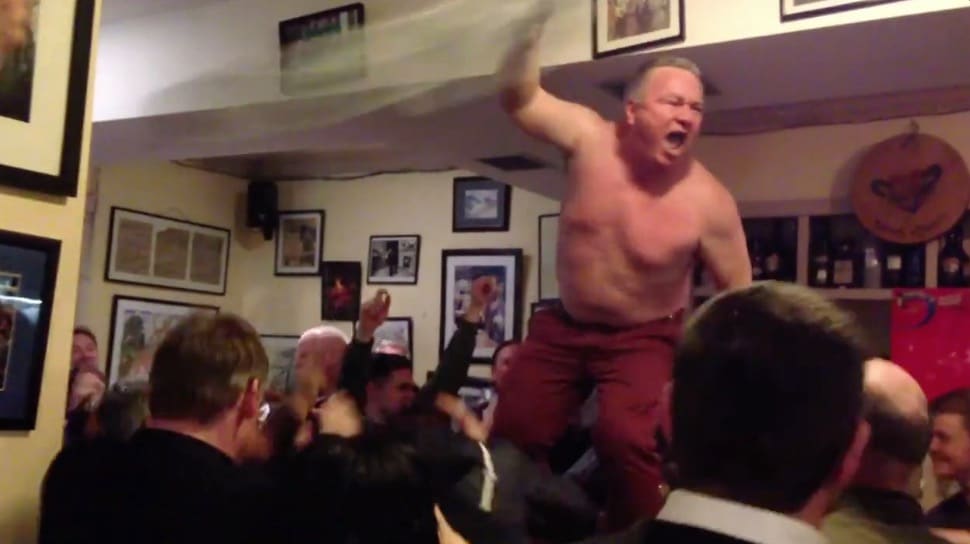 Believe it or not, there is a rumour that Irish people get a tad too drunk when they go on a date. C’mon we’ve all done it, especially when faced with the awkward social situations.

Yes, we might be expert at chatting up a member of the opposite sex in a bar or nightclub after a few pints but put us sitting at a restaurant table and ask us to make intelligent conversation and we literally bottle it and turn to downing the glasses of red like there is no tomorrow.

Next thing you know is, you’ve forgotten their name and probably arranged to bring them home to meet the mammy on Sunday.

Oh yeah, on a serious note, Ladies never leave a drink unattended with someone you hardly know. It’s not that Irish lads will slip something into it; it’s more likely that they’ll drink it while you’re powdering your nose or whatever. 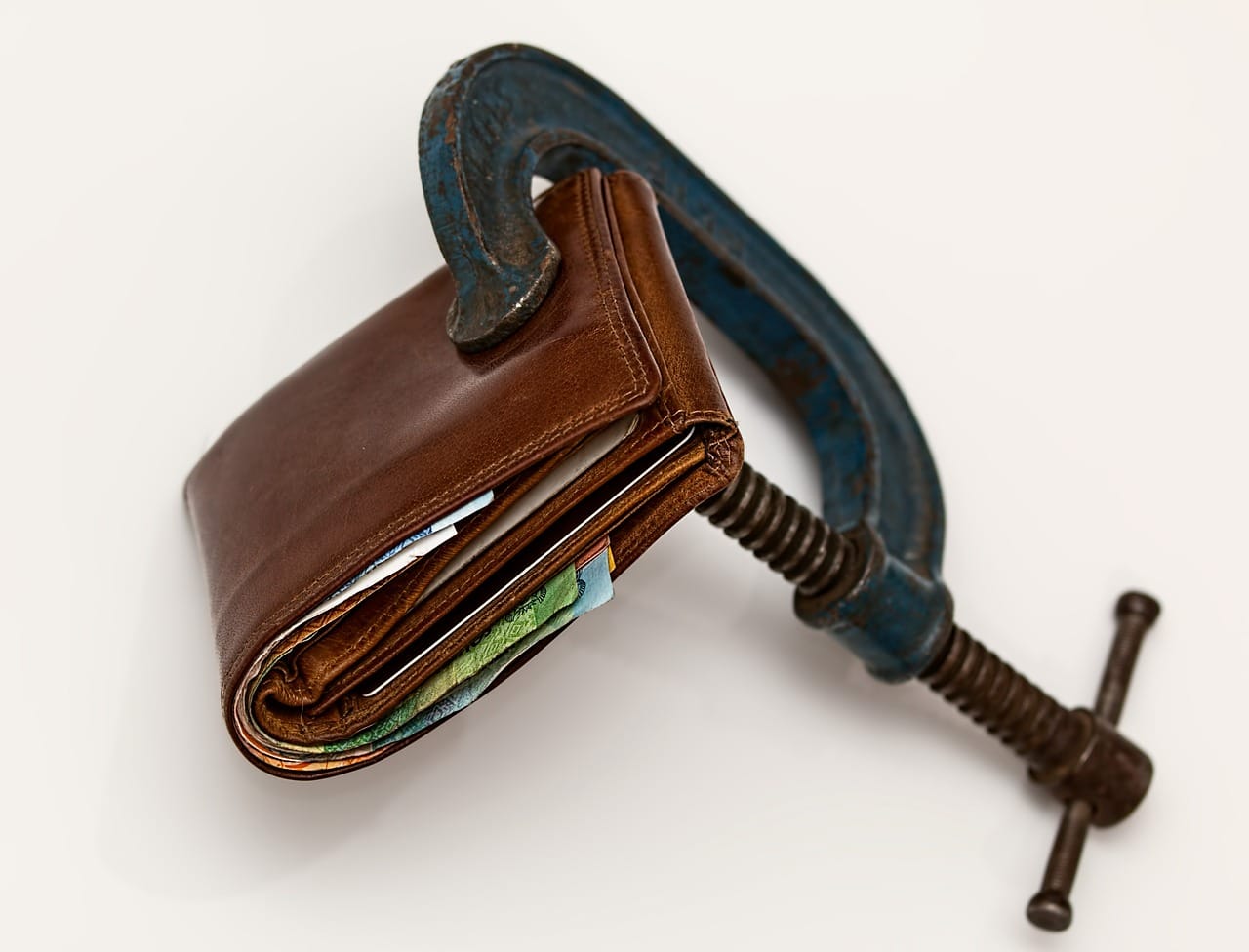 Again, I can’t count the number of times I’ve overheard the phrase “you don’t want a starter do you?” Yeah, we all know it is kind-off expected that the man pays for the first date but that doesn’t entitle him to any God-given rights to dictate that the woman should choose the cheapest dish on the menu — it just doesn’t wash with most women.

But on the other hand…Ladies, it is a good idea to at least offer to pay for a drink or the taxi or some other small gesture.

You see that’s what’s wrong with the Irish we simply don’t know how to behave when it comes to dividing up the bill and let’s face it for a nation whose roots include a fair amount of cattle-dealers and shysters we seem to have a problem discussing money and who should pay for what on dates.

Anyway, there you have it eight reasons why the Irish are bloody hopeless when it comes to dating. If you want my advice, Lads don’t bother at times you’d be better of at home with the feet up and watching TV while the mammy cooks you something nice for the tea and ladies if you are really, really looking for romance, think about moving to France or of course you can always give me a buzz…