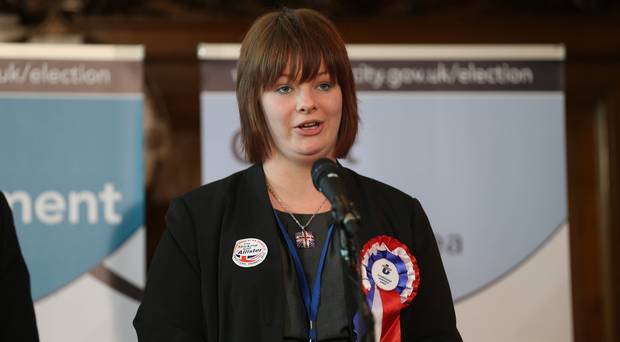 An Image shared from the Twitter profile of a Belfast City Councillor has sparked an online backlash.

The controversial tweet was posted by the Independent unionist councillor Jolene Bunting on Thursday.

It was viewable for several hours after it was posted but has since been deleted after a backlash.

The picture was captioned with the words “C’mon Paddy, EU can leave too”.

The Irish frog was holding a pint of Guinness and wearing a hat with the slogan, ‘Please be patient, I have famine’. 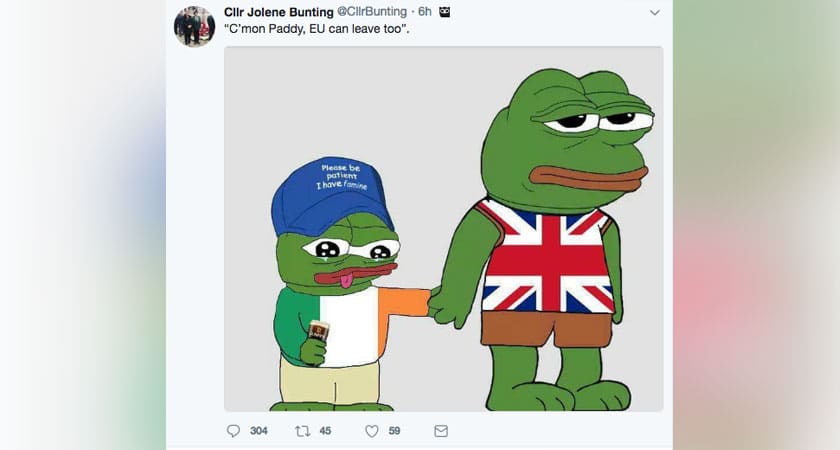 Another commentator stated: “As a unionist, this ‘cartoon’ is grossly offensive.”

Another added: “As a British man I am disgusted, decent British people do not want to be associated with somebody like you!”

Deirdre Hargey of Sinn Féin then announced that she reported the tweet.

“I have reported an offensive tweet by Councillor Bunting to the local government ombudsman and lodged a complaint with Belfast City Council under the Standing Orders as it is a breach the Code of Conduct for Councillors,” said Cllr Hargey.

“There is no place for tweets of this nature and Cllr Bunting should remove it immediately.”