Five of Ireland’s Most Brutal Passion Crimes Ever

Ireland has had many infamous crimes committed in a rage which may or may not have been premeditated.

In this feature, journalist Ger Leddin looks at some of the crimes of passion that shocked the nation.

On the night of the 18th of November 1953, Nurse Catherine Cooper who was sixty- five at the time was walking home from her job in Barrington’s Hospital Limerick when she was noticed by Michael Manning who had spent the day drinking in the Black Swan Pub in Annacotty.

Manning pleaded guilty to first following the woman and then attacking and raping her. At his trial, he said in evidence “I suddenly lost my head and jumped on the woman and remember no more until the lights of a car shone on me.”

At this stage Manning took fright and fled the scene to his home in Johnsgate some miles away, he left his distinctive hat at the scene. Manning was arrested at his home just a few hours later.

It emerged at the trial that Nurse Cooper had died as a result of choking on lumps of grass which Manning had stuffed in her mouth to silence her screams.

Manning was tried, found guilty and sentenced to death by hanging; a sentence that was carried out on the 20th of April 1954 by British executioner Albert Pierrepoint who had travelled to Ireland from England to carry out the execution.

Manning became the last man to be executed in Ireland and left behind his wife and a child. He is buried in an unmarked grave in the grounds of Mountjoy Prison Dublin.

2. The Murder of Mary Kitt 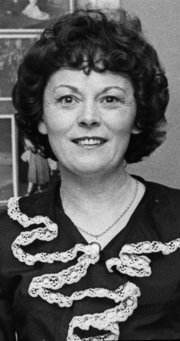 Mary Kitt worked all her adult life as a secretary at the Connaught Tribune Newspaper. At forty-five and unmarried Mary lived alone at her house on the Grattan Road close to Salthill in Galway City.

She had a large circle of close friends and it was to one of these friends she spoke to by telephone on the Monday night of the 2nd of June 1980 and arranged to meet for dinner the following night. Then Mary retired to bed.

In the early hours of Tuesday the 3rd. Mary woke to find her twenty-five-year-old neighbour Michael Holohan standing at the foot of her bed demanding money. Holohan was already well-known to the Gardaí as a violent criminal.

Holohan had been drinking heavily that night and was reported to have been terrorising couples earlier in Galway City. On his way home he decided he needed money and broke into Mary’s house.

It emerged in evidence that Mary told him that there was money in the kitchen hoping he would take it and leave. However, Holohan returned to the bedroom carrying a knife and stabbed his victim and also beat her about the head with a glass ashtray causing her death.

Holohan had a track record for violent crime and was an immediate suspect and the forensic evidence including fingerprints he left at the crime scene was overwhelming.

He was arrested, charged and pleaded guilty and sentenced to life imprisonment.

3. The brutal killing of Anne Holmes 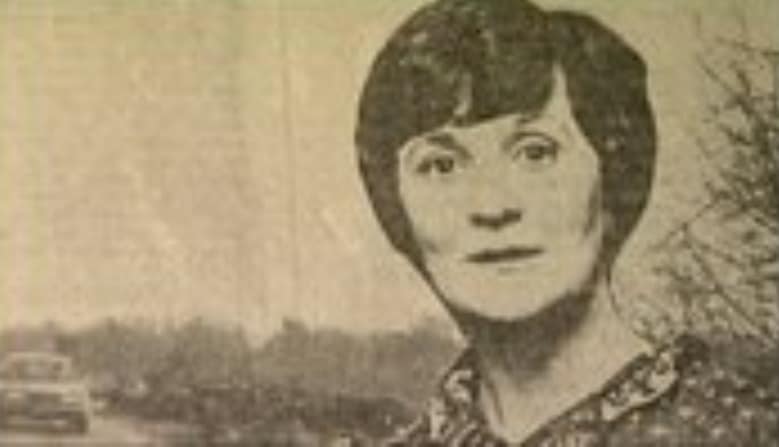 Anne Holmes was pregnant when she was found dead in her crashed car on the 29th of December 1981.

The vehicle was discovered in the townland of Coolnafeeragh Bog beside the Monasterevin to Portarlington Road.

Anne who was a mother of three had died of massive head injuries but after a post-mortem, it became apparent that Anne had been the victim of a brutal killing and a murder investigation was launched.

Anne’s husband and father to her three children was interviewed by Gardaí who soon became suspicious of discrepancies in his account of Anne’s movements. A forensic examination was undertaken and investigators found traces of Anne’s blood behind a couch in the Family home.

The husband Harry also known as Henry Holmes, admitted under interview that he had attacked his wife hitting her over the head with lump hammer during an argument, and then faked a car crash.

Subsequent Garda enquiries revealed that in the weeks prior to Anne’s death Harry Holmes received confirmation of a life insurance policy on his wife which would have an increased payout if his wife were to die in an accident.

Holmes was tried on murder charges but a jury found him guilty of the lesser crime of manslaughter, he was sentenced to fourteen years. Holmes was eventually released and is now believed to be back living close to where he and Anne once shared a home. 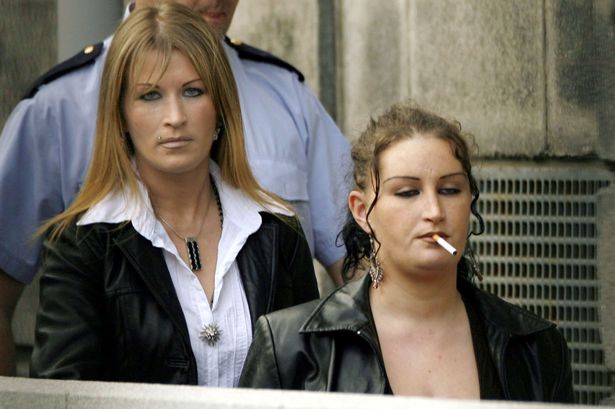 On and around the thirtieth of March of 2005 walkers along the Royal Canal in Dublin began to notice what a first appeared to be broken pieces of a mannequin floating on the water’s surface. One man focused in that little bit closer and decided to call the Gardaí.

An investigation was launched and the Garda Sub Aqua Unit soon recovered various pieces of a dismembered corpse.

A media appeal was launched and a friend of the deceased recognised a tee-shirt that was on the torso.

Gardaí with the help of DNA testing identified the body parts to be those of Farah Swaleh Noor.

Noor was thirty-eight at the time of his death and had been living in Ireland since 1996. He had claimed to be Somalian and also claimed that his wife and family had been killed in the Somali Civil War. He was, in fact, Kenyan and it transpired that his family were alive and living in Kenya.

Noor was known to the Gardaí as a person of interest for violent crimes against women. He was also known as a person with an inordinate interest in knives.

Investigations lead Gardaí to connect Noor with Kathleen Mulhall a Dublin woman with whom Noor had been having a relationship.

Garda interviews and subsequent court evidence revealed that Noor had been street drinking with his partner Kathleen and her two daughters Linda and Charlotte Mulhall all day on the bank holiday of the twentieth of March and continued the pattern of heavy drinking and drug taking with the three women back at Kathleen’s home later that evening.

Evidence was also given in court that during the course of the evening Noor attempted to sexually assault Linda.

Charlotte intervened and after picking up a Stanley knife slashed Noor across the throat. Linda then picked up a hammer and hit him across the head a number of times. The mother, Kathleen is said to have looked on but not to have intervened.

In order to dispose of the corpse, all three women became involved in dismembering Noor’s body. The Body parts were wrapped in plastic bags carried to the canal and dumped in the water. Noor’s dismembered head was taken to Tymon North Park and buried.

Neither Noor’s head nor penis has ever been recovered.

Their mother Kathleen return voluntarily to Ireland from England where she had fled to, stood trial on charges of giving false information to Gardaí and impeding the investigation.

She pleaded guilty to helping to clean up the crime scene to conceal evidence. Kathleen Mulhall was sentenced to five years in prison in May 2009.

Justice Paul Carney, presiding over the trial of the sisters, said during sentencing that it was “the most grotesque killing that has occurred in my professional lifetime.” 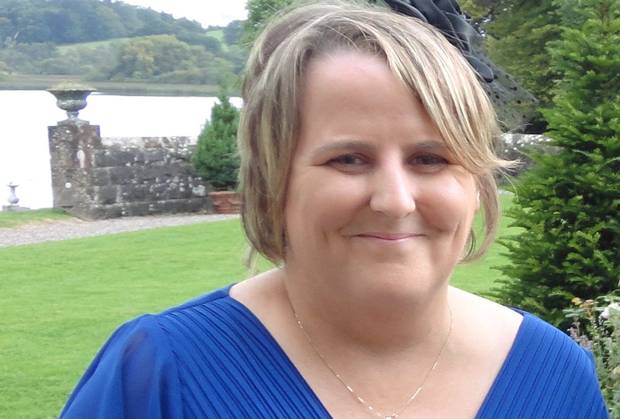 The murder of Elaine O’Hara opened up to the Irish public the deviant world of an alternative sexual subculture. The evidence of sadistic sexual practices which were outlined in evidence at the subsequent court case led to the murder being called one of the most shocking crimes in Irish history.

Elaine O’Hara had a troubled psychological history therefore when she initially went missing on August 22nd 2012 and it was reported that she may have been seen crying loudly at the grave of her mother earlier that day coupled to where her abandoned car was found, it was assumed that she had committed suicide by jumping from nearby cliffs.

However, the truth was totally different.

More than a year later three men were chatting on a bridge overlooking Varty Reservoir near Roundwood in County Wicklow when they noticed some objects in the shallow water below.

They fished some out and were surprised to discover a bag containing handcuffs, clothing, a ball gag, restraints, and leg restraints.

The following day one of the men handed the items he had found into Roundwood Garda station.

Garda James O’Donoghue acting on his own imitative went and searched the location on a number of occasions and on the 16th of September found handcuffs, keys, a leather mask, a knife, an inhaler and a chain with a ring on it.

A Dunnes Stores loyalty card was also found attached to the keyring and was identified as belonging to O’Hara. The Garda Water Unit searched the lake on 17 September and 7 October 2013 and found two Nokia mobile phones, two mobile phone batteries, a pair of glasses and sunglasses, along with a rucksack.

The mobile phones were later to prove crucial in identifying and convicting her Killer, architect Graham Dwyer.

In a separate stroke of fortune for the Gardaí, on the 13th of September on wooded land near Kilakee in the foothills of the Dublin Mountains a woman walking her dog found items of clothing and skeletal remains identified through dental records to be those of O’Hara.

Phone data from Dwyer’s phone were used in evidence to convict him and have been the subject of to-date unsuccessful appeals against his conviction.

A unanimous guilty verdict was returned by the jury on the 27th of March 2015 and the presiding judge stated while sentencing him to life imprisonment that he “110% agreed” with jury’s decision.

The above five cases are only a quick glimpse into the all too many crimes of passion which have unfortunately been committed in Ireland over the past decades. We intend to publish the stories of others over the coming weeks.

If you’re having a bad day, this Irishman’s story is one which will lift your mood.…

11 things only Irish people would do