VIDEO: Three Irish housemates battle their fear of mice to try and remove mouse from a bedroom 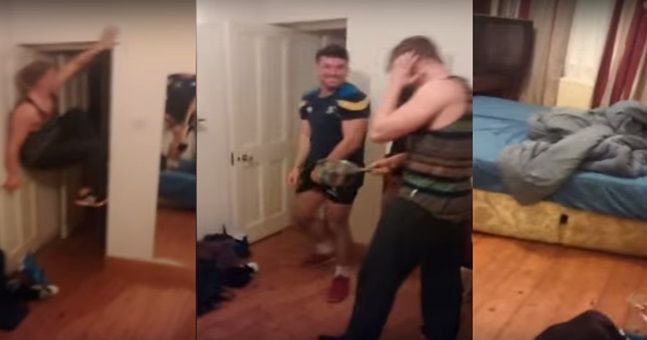 A mouse caused absolute chaos for three Irish friends from Ireland – whilst making them internet legends in the process.

A video which shows the terrified trio attempting to outsmart the tiny rodent after it infiltrated one their bedrooms. The short clip has since gone viral after being posted on YouTube, racking up over 200,000 views.

The clip, which was filmed by Ciaran Hickie, shows Ciaran and his friends repeatedly sliding socks across the floor, screaming like children and being genuinely petrified.

The three friends were holding saucepans and brooms, whilst they waited nervously try to flush the rodent out from under the bed.

After one of the men suggested that the mouse had gone, his terrified pal replied: “No, I’m not taking the risk man. I’m not going to bed, like.”

Epic Joke: When a Texan walked into a bar in Ireland…