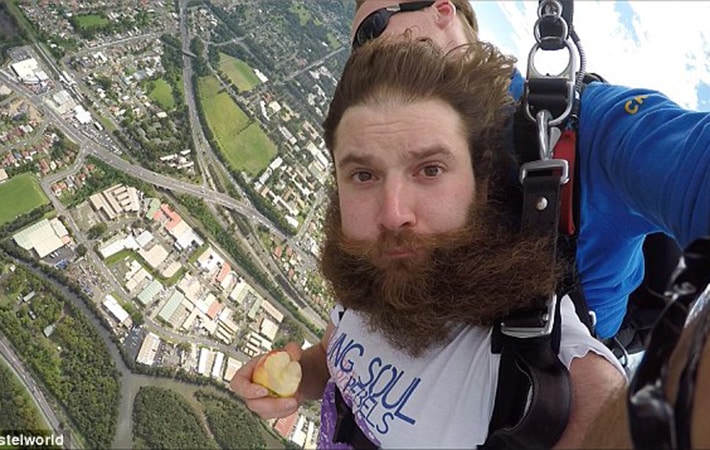 Son phones home from Australia. Parents answer. Son jumps out of a plane at 14,000 feet. Parents completely lose it!

An Irishman on a worldwide trip had made the most of a skydive by phoning his parents via Skype as he jumped out of a plane.

Skydiving isn’t for everyone. Jumping out of a plane at 14,000 feet certainly isn’t something most people would want to do. However, an Irishman completed this crazy activity and became an internet legend in the process.

Roger Ryan, who was then in Sydney Australia, took part in a collaboration stunt with Hostel World, by shocking his gobsmacked parents, Mary and Pat. The epic video shows Ryan calling home to see how the parents were doing just seconds before he jumps from a plane.

His poor parents’ reaction is glorious. The Dad, Pat, said that he thought his son was calling from a bus before saying “I would not have thought that was f**king possible.”

10 reasons why vegans are better than meat-eating scum

Poitín is a potent drink with an intriguing past, and we can’t wait to tell…

10 things Irish mammies say and do in winter