A new study suggests that whiskey, a drink as old as the hills from Ireland, boasts health benefits.

Aligning itself with other alcoholic beverages (such as red wine) it has been found that whiskey may actually reduce the risk of heart disease. 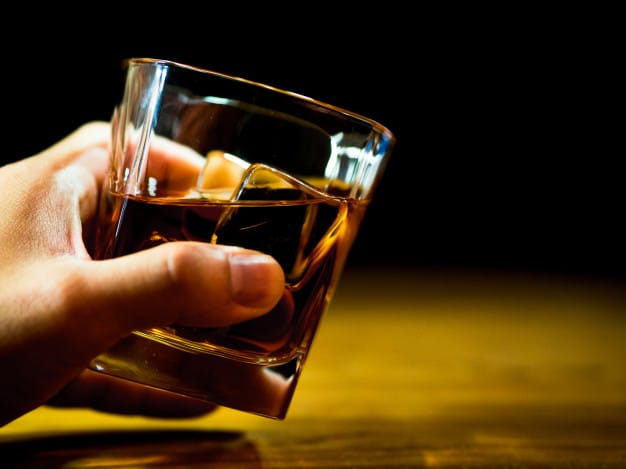 This experimental study, which was recently published in the European Journal of Clinic Nutrition suggests that drinking the equivalent of around three to four pub measures of whiskey can hold great health benefits – but only when consumed like so once a week.

The study was undertaken by a research team from the Rowett Research Institute in Aberdeen in Northeast Scotland and included nine healthy male volunteers aged between 23 and 47, all of which had no clinical disorders and were free of taking any additional supplements.

Each participant would cease eating at 11pm and have one 100ml drink of the following: a glass of red wine, a non-matured (i.e. newly distilled) whiskey or a 12-year old malt whiskey.

They would then be tested and leave the clinic. Each participant would visit the clinic at 7-day intervals, in a total of three visits over three weeks, having a different one of the above three drinks each time they visited, and being tested with their reactions to each.

While it has been long-accepted that red wine raises the level of anti-oxidants present in the body which fight heart disease, the study suggested that a whiskey-drinker would absorb more of the chemicals which fights off coronary heart disease.

The impact of drinking red wine proved significant in the study, although its results were short-lived, and while a 100ml glass of red wine would offer a higher concentration of “phenol” chemicals in the body, those found in whiskey could be absorbed by the body in higher numbers. The non-matured whiskey proved to decrease the capacity of antioxidants in the body; it is suggested that this is due to its copper content.

With whiskey culture being a defining aspect of the drinking culture in Ireland for generations, and a new, trendy market for whiskey unfolding in recent years, this study has been welcomed with open arms.

The Director General of the Scottish Whiskey Association announced that “This research is yet further evidence that the moderate consumption and enjoyment of all alcoholic beverages is beneficial to health.”

Yet, although this news is exciting and even comforting to those who have a soft spot for a tipple of whiskey, these findings do not apply to everyone.

“The public health advice we give is that alcohol, if you drink as little as one to two units a day, can protect against coronary heart disease, but only if you are in a risk group, such as menopausal women or men over 40 years who are prone to heart trouble,” says Gary Ward, a spokesman for the alcohol program of the Health Education Authority.

Limerick based curate Fr Joe O'Brien was shocked to hear today that he is not considered to be...
Read more