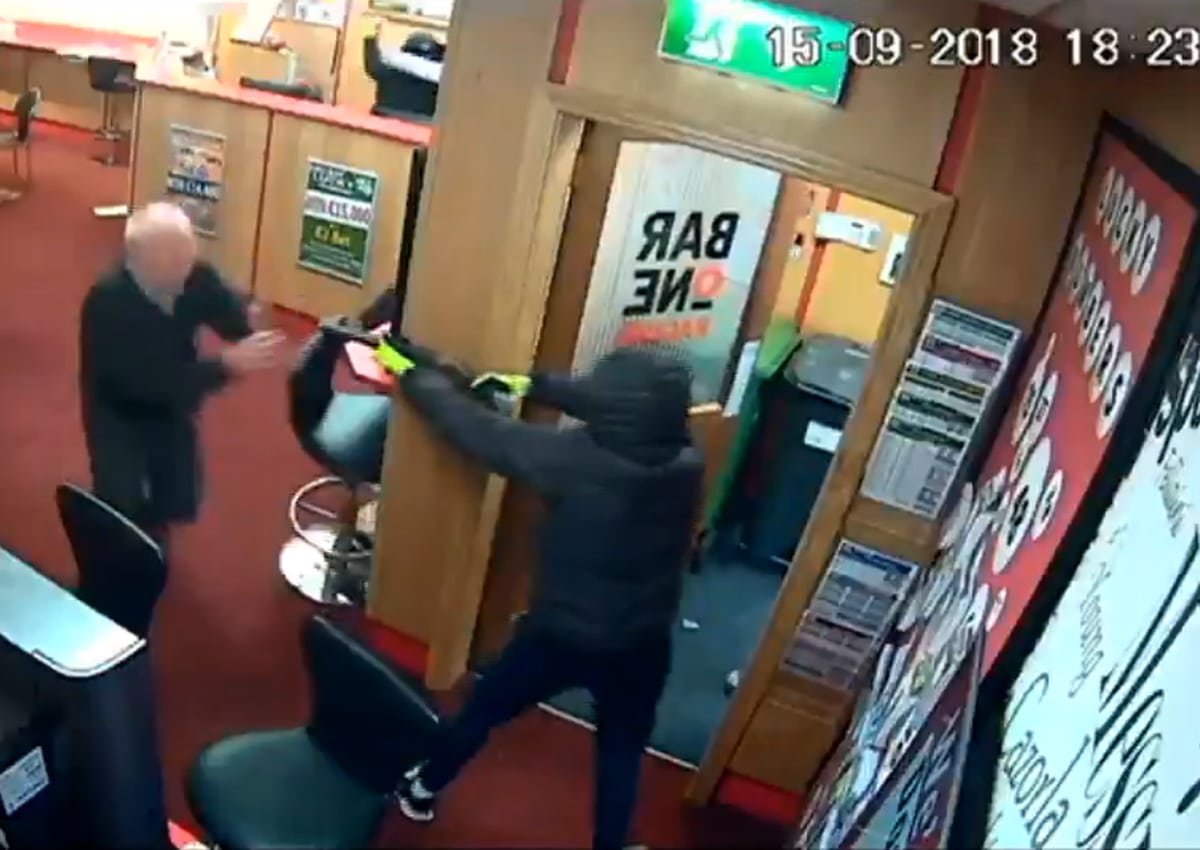 Is this guy not the Biggest Legend EVER?

The manager of a County Cork bookmakers says he is indebted to a Great Grandfather, 85, after he successfully helped foil a robbery at his store on Saturday after tackling the raiders.

The three robbers, armed with a sawn-off shotgun and hammers, left the bookmakers with nothing after the manager and the 85-year-old customer fought them away from their attempted raid.

It is now business as usual at the Bar One Racing office in Glanmire after the crazy events which occurred on Saturday evening.

CCTV footage, which has now gone viral, shows the men entering the bookmakers and attempting their robbery.

One of three men jumped over the counter with a hammer and threatened office manager Tim Murphy. Another pointed the sawn-off shotgun at 85-year old Denis O’Connor and threatened him.

The thieves demanded that the manager give him access to the safe.

You can everything that happened in the incredible footage below:

Brexit: Reasons Why A Hard Border Will Be Good For Ireland