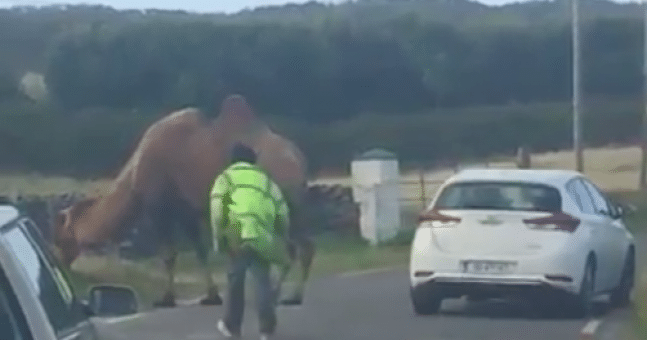 This is probably the last animal you’d expect to be stopping traffic in Ireland.

Kerry GAA supporters were heading towards Dublin for their All-Ireland semi-final against Mayo at Croke Park, but their journey was disrupted when a camel blocked the road.

The camel is thought to have escaped from Courtneys DareDevil Circus, which was taking place in the Kingdom at the weekend.

There isn’t a man woman, child or animal left in Kerry for this #KerryvMayo match except of course for this camel 🐫 #gaa #maharees pic.twitter.com/GtYj4PdloK