WATCH: Dog Steals Angry Irish Man’s Phone And Refuses To Give It Back 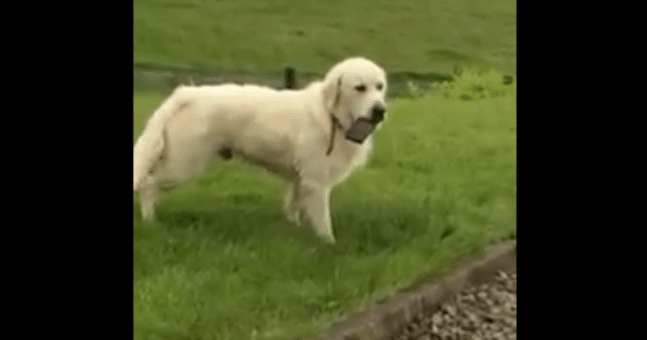 This has to be one of the most hilarious videos you’ll ever see!

Anyone who has a dog will know how playful they can be. Dogs love to play games with balls, toys and anything that will keep them occupied.

Unfortunately for some, the dogs can think you are playing with them at the wrong moment. This is exactly what happened to Leitrim man Sean O’Donnell when a dog stole his phone and thought he was playing a game when he actually really wanted it back.

As the video goes on, the dog refuses to give up. As a result, Sean gets more frustrated which makes the video even funnier. The whole ordeal was epic to watch!

This may be the year to meet that someone special, and here is where to…

Find out what happened Irish girl on the Graham Norton Show