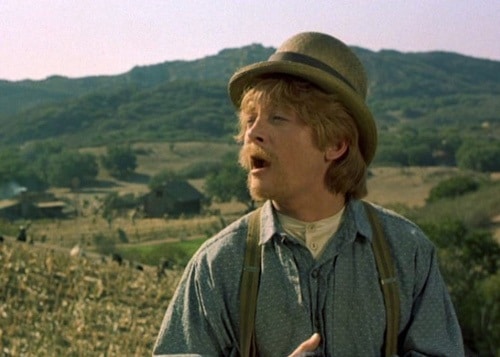 The vast amount of money and talent that goes into Hollywood Blockbusters should suggest that these guys could get the Irish accent right. On many occasions, this was not the case and we have compiled a list of movies that shows how the Irish accent was destroyed. Prepare to be shocked!

Brad didn’t exactly do a great job at this accent. He plays the part of a Belfast IRA man in America looking to get guns to send home. His accent is far from consistent.

Brad again destroyed the Irish accent in Snatch. He was so difficult to understand, the clips require subtitles! Although we shouldn’t be too critical as we all know parts of Ireland that nobody can understand!

Cameron Diaz slaughtered the Irish accent in this movie!

When Tom Cruise played the part of Irish immigrant Joseph Donnelly in Far and Away there was a sense of excitement as everyone wanted to hear his Irish accent. However, the final product was disappointing to say the least!

Sean gave up the Irish accent a few minutes into this movie and his famous Scottish accent came through, just look at the clip above!

The Scottish actor made a mockery of the Irish accent with this performance. A decent movie with a sub-standard Irish accent! Butler later apologised to the Irish people for his accent, fair play!

Julia was also guilty of destroying the Irish accent, just have a listen to her voice in the clip above. She doesn’t even sound Irish!

Russell Crowe won many awards including an Academy Award for best actor, so you would think that he could do a decent Irish accent. Sadly, he couldn’t.

Colin Farrell is the only native Irish person in this list but he deserves to be in it as he should have done a better job with his own accent! Have a listen to the clip!

People from all over the world have now watched their wedding video. As tradition goes, the…

If 8/10 Of These Are True, You Are Definitely A Big Culchie